True story
A championship fight was called off at the last minute over a variety of venue and purse disagreements. The sanctioning body had given a time limit on making the title fight happen. To reorganize and pull things off in the small amount of time left was a long shot. Something fantastical had to happen fast.

Finding a unique angle
It was determined that as long as all the official fight criteria were met, the bout didn't necessarily have to take place in a public arena or stadium. And it wasn't necessary for individuals to pay $s per ticket. If someone wanted to flip the bill for the whole thing, they could technically host the event in their back yard.

KNOCK YOUR GUESTS OUT AT YOUR NEXT PARTY 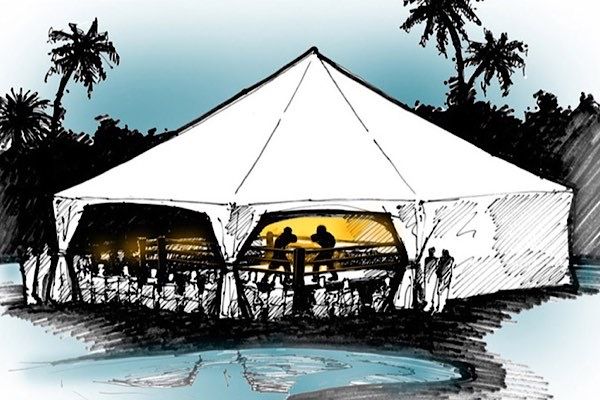 HOST YOUR OWN CHAMPIONSHIP FIGHT

Making it happen
Had access to the top-tier fighters and boxing insiders who could get all the licenses and title accreditations necessary.

Timing-wise
It was Hollywood at holiday time. Thought was to create something exciting & memorable for big-shot actors, agents or visiting royalty to serve up at their over the top parties.

From ridiculous to real
To make people believe this really could be a thing, the concept needed some sort of official endorsement. .

Adding an extra degree of weird
Owned the URL NicholsonEntertainment.com with the email contact name JACQUES. Decided to use them as the vehical to serve up this once in a lifetime idea.

Jacque'd it like it's hot
Served up a late night email to Thrillist (from Jacques) hoping they'd think Cchampionship Parties was something oddly interesting. Coincidentally, they had just started a Skeptical Investigational series intended to expose Online fakery. Discussed the 'real-ness' of it all with a reporter the next morning (as Jacques).

It's the 'real deal'
Thrillist published their report and deemed Championship Parties credible.

Results
A multitude of fresh opportunities.